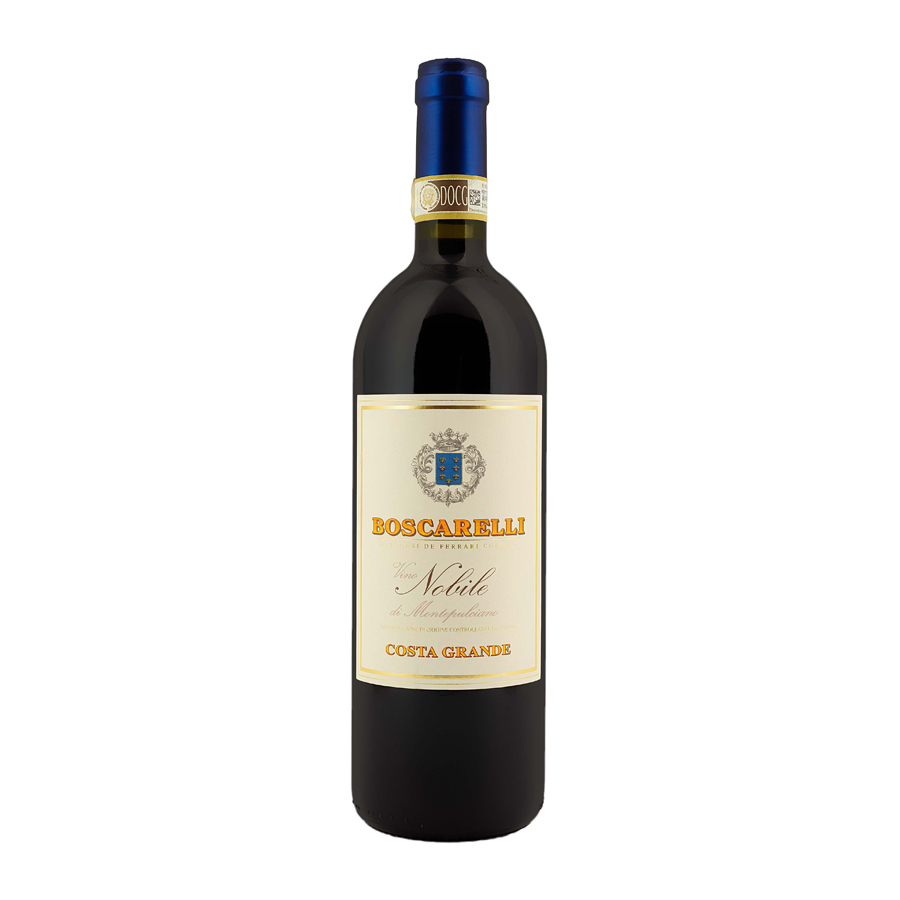 The ŌĆ£Costa GrandeŌĆØ is a wine whose grapes come from what we call ŌĆ£Vigna GrandeŌĆØ but that is 1.5 ha, alongside our historic ŌĆ£Vigna del NocioŌĆØ and as Il Nocio also this wine is Sangiovese in purity .

Tend to be are grapes that gives a wine of great elegance and a little ŌĆśmore compact in tannin that remains up and persistent, the pedo-climatic features give a balance on slightly lower acidity and slightly higher ph with medium colors often more intense, but with fresh and fragrant perfumes.

Soil
The vineyard is exposed to the north-east, the land has the same three types of sand, clay and red soil of the ŌĆ£vineyard of the knotŌĆØ but in different percentages, here the clay is in the majority.┬Ā

Grapes
The vineyard was re-planted in the year 2000 and the clones of which it is composed in part are mass selections made to the nocio and to a large extent clonal selections.It has a sixth of 5,500 plants per hectare. Normally in the past the Sangiovese grapes of this vineyard were used to compose the Sangiovese base of our Riserva di Nobile with an addition then of Colorino and above all of Canaiolo.Despite exposure to the north / east, being reached by the hot-humid breezes that constantly blow from Lake Trasimeno, is a vineyard that ripens before others and with good quantitative production.

Vinification
The grapes are picked manually and transported in crates. After de-stemming and soft pressing, they are fermented in oak vats filled to no more than two-thirds of their capacity. Indigenous yeast is used in the fermentation process that lasts about a week at controlled temperatures from 28 to 30
degrees. Short manual re-passing of the must and pomace is completed in the initial phase. Pulping continues, where possible, for another 5 to 8 days after fermentation.

The Nobile ŌĆ£Costa GrandeŌĆØ is refined for the first year in Tonneaux of 5 hl and for the second in barrels of 16/25 hl, eventually few months in cement and from 6 to 12 months in bottle before its release.

Optimal maturity
The aging potential of our Nobile is a few decades, so the optimum maturation period were commend varies, depending on the vintage, from the fifth to the eighth year after harvest.