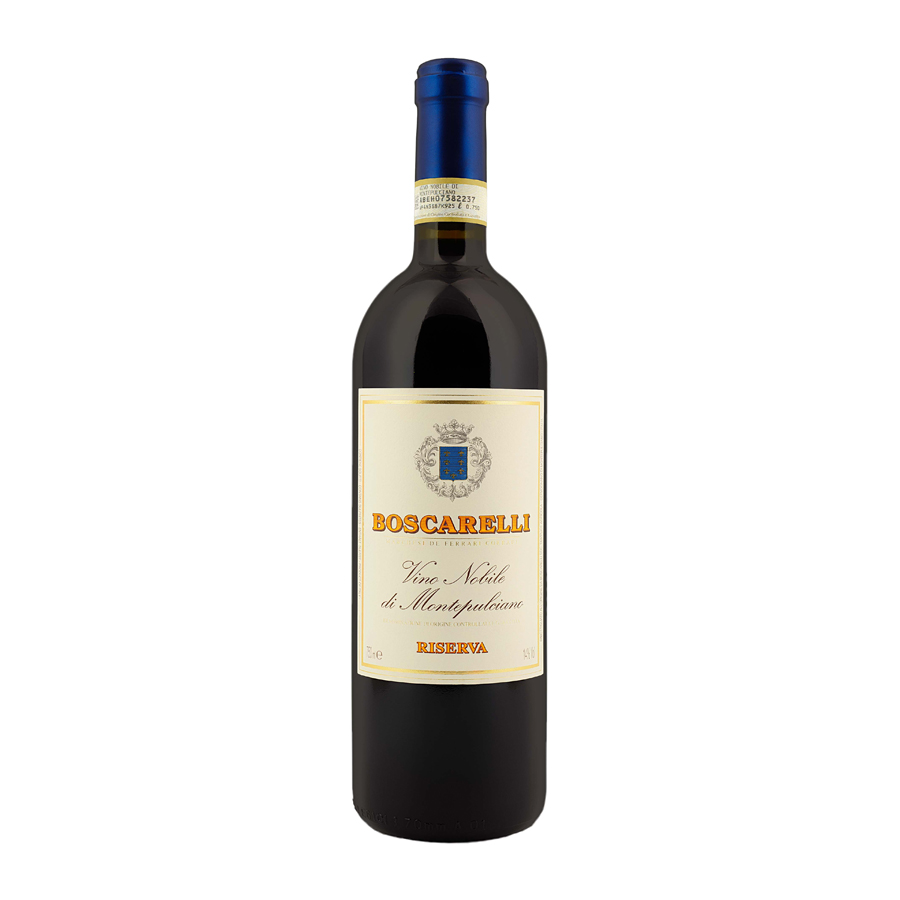 We again produced the vintage in 2010, making it almost 20 years since the reserve was last released in 1992. The reason for the break was that for the previous 26 years we gradually re-selected and replanted our historic vineyards, focusing on clone selection, different expressions of Sangiovese vines in relation to the soil and the possibility of combining the characteristics of Sangiovese grapes with other international varieties.

In 2010 we found increased complexity and structure in the grapes from the first replanting of native vines, which convinced us to repeat, with the same blend of local grapes, the Reserve of the Vino Nobile of the 1970s and ŌĆś80s.

Soil
The historic core of the Poderi Boscarelli vineyards in Cervognano is planted on calcareous soils that are alluvial and sandy with good percentages of silt, clay, minerals and stony rocky variants depending on the layer. The average density is now 6500 plants per hectare.

Grapes
Our wine is produced with selected grapes from vineyards at least 20 years of age that give great
complexity and aging potential. Vino Nobile Riserva is made from 88% Sangiovese Prugnolo
Gentile grapes and 12% Colorino.

Vinification
The grapes are picked manually and transported in crates .After de-stemming and soft pressing, they are fermented in oak vats filled to no more than two-thirds of their capacity. Indigenous yeast is used in the fermentation process that lasts about a week at controlled temperatures from 28 to 30
degrees. Short manual re-passing of must and pomace is completed in the initial phase. Pulping continues, if needed, for another 5 to 8 days after fermentation.

Aging
Nobile Reserve is aged in Allier or Slavonian oak casks of capacity ranging from 5 to 25
hectoliters, where malolactic fermentation occurs. Maturation takes from 28 to 32 months. Before delivery the wine is aged in bottles for several months.

Optimal maturity
The aging potential of our Riserva is a few decades, so the optimum maturation period we
recommend varies, depending on the vintage, from 5 to 10 years after harvest.